Most of us know, that children are shaped by their surroundings. But when problematic behavior arises in children, psychologists have to consider various factors before coming to any conclusions as to what the problem is. There are many influences that make children who they are and some may or may not affect a child’s psychological well-being. Learning about these influences on child development can be useful when working with parents and children to improve a child’s psychological well-being. To get a better understanding of each influencer we will go through a case study explaining how one can consider causes of a child’s problematic behavior: 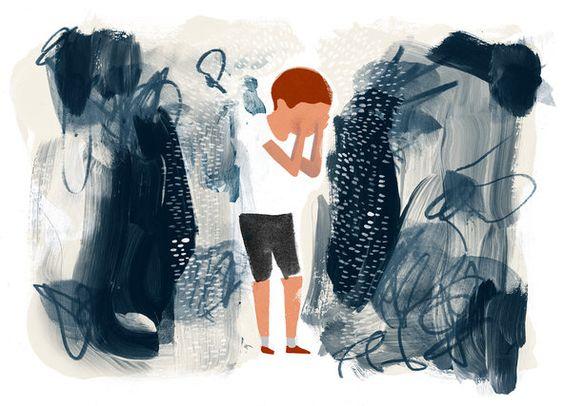 Aarav, a 15-year-old boy was referred to a Child Psychologist due to his academic problems. Since a young age during 4th standard, he has been performing well below average in school. He was often described as a quiet and nervous student. During four of his summer vacations, he attended academic tutoring classes to improve his reading skills, but he was still falling behind every year. This resulted in a lot of anger towards Aarav from his parents as well as his teachers.

During the session with the child psychologist, Aarav explained his problems very briefly and to the point: “These teachers never stop yelling at me, he said nervously without making eye contact. I had to read a book for class, and when I told the teacher that I hadn’t finished the book for class, she said I take too long because I am day dreaming too much during class.” After he was somewhat relieved when talking about his problems, he quietly said “I know that my brain doesn’t work like the other kids’, but my teachers don’t get that, they think I am stupid. I don’t like school and the fact that I have to go makes me feel even worse. I often feel afraid that if I ever have to say something in front of the whole class, I might say something wrong and everyone will laugh at me. I always feel like I am being judged by everyone in school.”

The child psychologist met with Aarav’s parents separately. His parents moved to Bangalore from Chennai when Aarav was in 2nd standard. At that age Aarav only knew how to speak Tamil and he knew very little English. This made it difficult for him when he moved and attended an English-medium school. His mother admitted that she gets frustrated with Aarav when he says he doesn’t want to study or go to school but she didn’t think there was an issue. She then went on to say, “I have read about learning disabilities and I think he has one. He hates going to school, his mind wanders a lot, and he never wants to do his homework.”

From the session, child psychologist understood that Aarav’s parents were angry with him. They believed that Aarav was just blaming his teacher because he is not trying hard enough. They even suggested that he should be put in a special classroom and given medication to calm down.

As the case study above does not explain much about Aarav’s early development, we need to ask Aarav’s mother about her prenatal history. This includes any illnesses, injuries, or family issues during the time of her pregnancy. Some anxiety related issues can occur in children due to hormones that circulate in the body. Children with fears and anxiety—which are affected by levels of stress hormones circulating in the body—are more likely to have parents who had similar problems during childhood (Micco et al., 2009). There could also be other reasons such as parenting styles used during infancy, inheritance of sensitivity, or he could have inherited one or more genes that influence phonological awareness; therefore he may suffer from dyslexia. 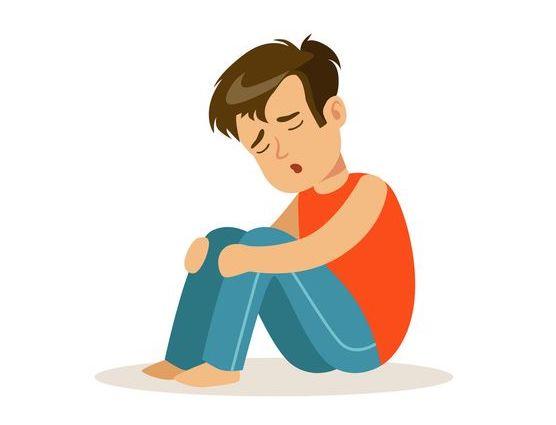 Aarav expressed his challenges with reading, it is possible that when it is time to do homework or take a test he starts to panic and starts having palpitations. Since he is already experiencing anxiety, attention towards his academics declines further. Emotional regulation plays an important role in child development. Aarav might not be the best at regulating his emotions. There is also a possibility that due to a family situation at a younger age he could have developed a phobia or an anxiety disorder.

We know that Aarav has reading difficulties and he mentioned that he feels criticized by his parents and teachers. A psychologist may try to change certain aspects of his surroundings or in his case the kind of attention he should receive from his parents and teachers. In Aarav’s case we must reward behaviors that reflect positively on his schoolwork. We can also consider that he has been receiving a lot of unwanted attention in school among his peers. By observing his behavior in school, we can understand his learning patterns and how he can be assisted in fixing the problem.

Cognitive influences basically mean how Aarav perceives all of the events of his life. It is important to understand what he makes of the situation that he is in. Children with fears and worries sometimes develop a belief system that can be self-defeating, leading them to believe that they will fail at everything (Beidel & Turner, 2007). Aarav expressed in his own words – “I know that my brain doesn’t work like the other kids’, but my teachers don’t get that, they think I am stupid. These kinds of thoughts will only make him more anxious. When we pay attention to children’s expressions, we can find out a lot more about them.

Lastly, we need to consider Aarav’s family and peer relationships, as well as his cultural background. There are many possibilities when considering these factors, such as, his emotional sensitivity might come from the way his parents brought him up. He might be uncomfortable expressing his feelings to them. His mother stated, “I have read about learning disabilities and I think he has one.” When hearing this one might think that she is being insensitive and considers this as his problem and not hers. These thoughts and attitudes reflect on Aarav as well. All children, not only those with problems, re- quire a parenting style that is sensitive to their unique needs and abilities and that places appropriate limits on them to help them develop self-control (Morris et al., 2011).

In Aarav’s case it can be seen that no one is responding to him sensitively and this is most likely why his behavior is worsening. Another possibility to consider is that Aarav came from Chennai and was mostly comfortable speaking in Tamil, when moving to Bangalore he had trouble with English and this could be the reason he doesn’t get along so well with his peers. There is growing evidence that biculturalism, in which the child or adolescent strives to adapt to both their heritage and their receiving cultures, is the most adaptive approach to acculturation (Schwartz et al., 2013).

The most important part we need to keep in mind is that in order for normal development, children should be given the most basic things such as a safe neighborhood, good school, healthy food, friends, and relationships with others.

Now that we have considered the four influences of problematic behavior, we have some information on what needs to be assessed and what kind of intervention we should look towards. Aarav’s problems can be summarized as follows:

With this information now have to decide what to do next. Next week, we will look in to the Assessment, Diagnosis & Treatment of Childhood Disorders.